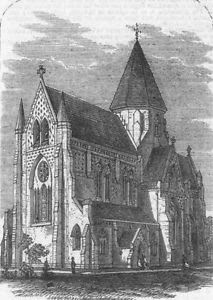 Aberdeen Park is an unexpected expansive leafy haven in inner London with public access. The residents are responsible for most aspects of Aberdeen Park’s upkeep and is reflected in its relaxing ambience. Why aren’t more places like this?

There are four storey Victorian villas on the South and East perimeter with iconic Italianate towers built in 1850’s for prosperous City merchants and well to do families.

St Saviour’s church is the only Grade I listed building in Islington, converted in 1988 but closed in 1980. Designed by William White, architect noted for his part in C19th Gothic revival and church restoration. After moving to London from Lemington Spa he became an Improver in George Gilbert Scott’s (designer of Albert Memorial, Hyde Park) team for two years. William White worked on five churches in London including Battersea and Wandsworth. He moved to Truro, Cornwall. Most of his work was done in Devon and Cornwall.

John Betjeman, the poet, worshipped at St Saviour’s church as a boy with his family before moving to Highgate. His religious beliefs came through in some of his poems including ‘Christmas’ and his autobiography poem ‘Summoned by Bells’ (1960) in which he remembers childhood visits to Aberdeen Park:

On sunny afternoons to great-great-aunts

And stained-glass windows in a purple hall,

A drawing-room with stands of plotted plants,

Lace curtains screening other plants beyond”

His grandparents married at St Saviour’s in 1870 and his parents Ernest and Mabel married in the same church in 1902 and shares it with us in his poem St Saviour’s, Aberdeen Park, Highbury, London N (1948):

“Great red church of my parents, cruciform crossing they knew-

Over these same encaustics they and their parents trod

Bound through a red-brick transept for a once familiar pew

And up the coloured brickwork the same long shadows grew

As these in the stencilled chancel where I kneel in the presence of God.” 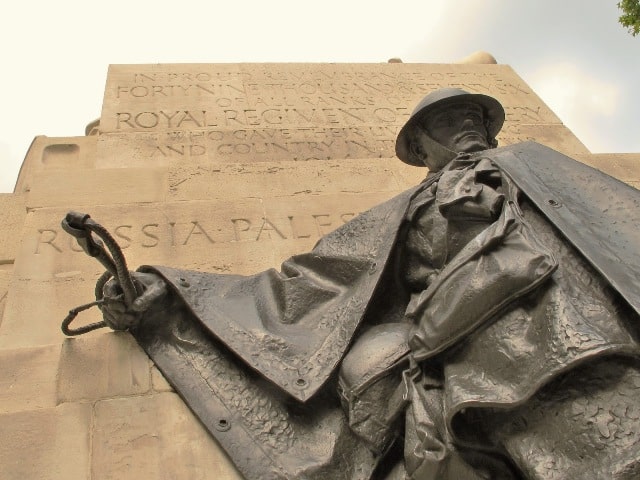