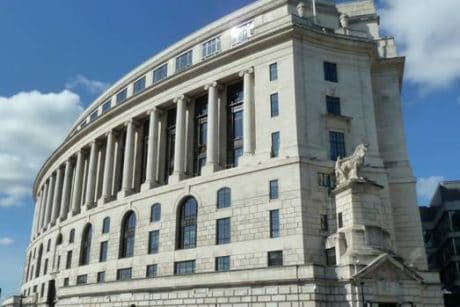 100 Victoria Embankment aka ‘Unilever House’ is not what it may seem.

From its external appearance it’s a curved 1930’s building. What’s not so evident is that inside it has been transformed, giving it a new lease of life. Unilever House was RIBA Award Winner in 2009.

Unilever had briefed Bovis Lend Lease and Stanhope and architects KPF and Pringle Brandon to transform their work place and their exposure to the public. Considerations needed to be made in order to keep the best from the past, including their historical ties to the site and the building they commissioned in the 1920s.

The first stage of the project involved the demolition, removal and recycling of much of the original building, followed by the restoration of the listed facades and the construction of modern and open spaces for the company.

95 per cent of materials and equipment from the original were recycled. Up to 5000m2 of original parquet flooring was re-used which adds an unexpected warmth to a modern staff canteen (see photos).
The top floor roof areas were transformed into the meeting, social and catering spaces formerly located at ground and basement levels.

Conrad Shawcross is a British artist specialising in mechanical sculptures based on philosophical and scientific ideas. Shawcross was commissioned to produce a piece of artwork for the new atrium. He chose trumpets which rotate daily on two planes until, over 60 days, it completes a full circle. 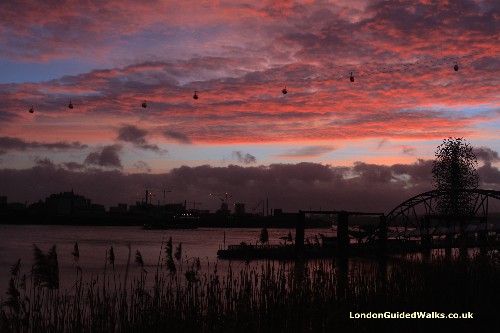 Sunrise along the Thames
Read More