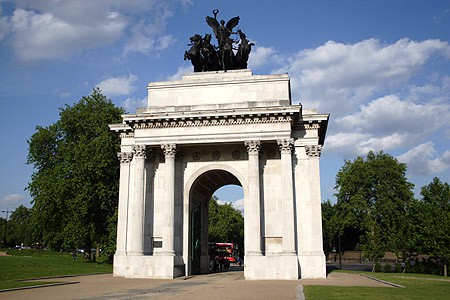 Today is the 200th anniversary of the Battle of Waterloo. Wellington Arch is an English Heritage property which has an interesting exhibition about the battle and reveals a few details which are missed from the English history class rooms.

Wellington Arch now sits at Hyde Park Corner, where Kensington Road meets Piccadilly near its junction with Park Lane, and where the Kensington Turnpike Trust had its tollgate. As a result, Hyde Park Corner became thought of unofficially as the new entrance to London.

London of the Future

Wellington Arch is of neoclassical design and one of London’s most distinctive monuments. It was built in the Georgian period (1825–7) and was originally intended as an outer entrance to Buckingham Palace.

Both Wellington Arch and Marble Arch form part of the group of contemporary grand neoclassical building projects of the generation after the Battle of Waterloo, when Britain’s governing classes felt moved to embellish London to reflect the city and country’s wealth and international status. Regent Street, Regent’s Park, the National Gallery, Trafalgar Square and Buckingham Palace were among the results.

At first the Wellington Arch stood directly south of Piccadilly, facing the Hyde Park Screen. By the 1870s Hyde Park Corner had become notorious for traffic jams. In 1880 the incoming Liberal government adopted a scheme to make a new road, cutting the corner between Piccadilly and Grosvenor Place, which involved moving the Wellington Arch to a new site. It was moved to its present position in the 1880s.

By about 1885 the arch had been rebuilt on its present site. The southern pier was used as a park-keeper’s residence and the northern pier as a police station: in 1886 a telegraph line was laid to the police station, indicating that the rebuilding was complete by then.

After the move, there was again no statue on the arch. However, in 1891 the sculptor Adrian Jones (1845–1938), a former army veterinary captain who specialised in animal figures, exhibited a magnificent plaster group at the Royal Academy entitled ‘Triumph’, of a quadriga, a four-horse chariot. The Prince of Wales suggested that it would make a suitable adornment for the rebuilt Wellington Arch.

The arch in its new position stood across a major processional route. Between 1901 and 1912 the approaches to Buckingham Palace were redesigned, to create the magnificent ceremonial landscape we see today. Constitution Hill was widened and repaved, and the Wellington Arch was framed between fine new piers and gates, tying it into this composition.

1. From 1886 – 1960 the northern pier of the Wellington Arch was occupied by London’s smallest police station.

2. A statue of The Duke of Wellington once was at the top of the arch but was eventually removed in 1883.

3. The quadriga replaced the statue of the Duke of Wellington in 1912

4. Decimus Burton who designed the Wellington Arch was a prominent and highly successful architect of the eclectic style of the age.

5. The Wellington Arch has moved. At first it stood directly south of Piccadilly, facing the Hyde Park Screen; it was only moved to its present position in the 1880s to allow for road widening.

6. The arch’s original design was never completed, and a controversial equestrian statue of the Duke of Wellington was erected on top of it in 1846.

7. Both Wellington Arch and Marble Arch were designed to form entrance gates to the newly built Buckingham Place.

8. In 1999 the arch was transferred to the care of English Heritage. Major repairs and refurbishment were carried out, and in 2001 the arch was opened to the public.

9. You can visit the Wellington Arch 18 April – 30 September 10am-6pm See all opening times and prices here. 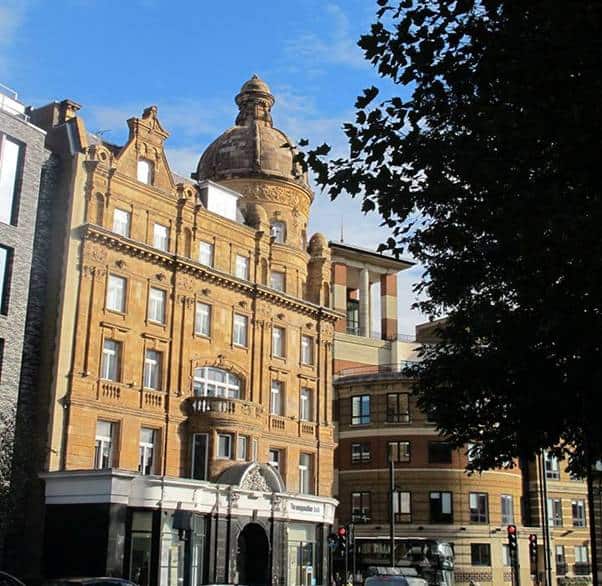