The story of Nell Gwynn is surrounded with intrigue. A woman who rose up the ranks quickly due to the favour of Charles II and then disappears from the history books.

A Shakespeare’s Globe production is written by Jessica Swale is an English theatre director and writer and playwright. Nell’s story was engrossing and Gemma Atherton commanded the stage. The hat joke was truly magnifique.

The set was cleverly constructed and fully utilised by the performers with having designated areas for backstage, palace and on stage.

It is a play within a play. Some jokes were not dissimilar to Mr Foote’s Other Leg e.g. King Lear the Comedy vs Othello the Comedy and hosted more pantomime drama, the role of nagging wife, over-exuberant stage actor and sneaky Barbara.

Unfortunately the script failed to sparkle, the jokes were predictable and flat and didn’t live up to reviews. There were a few inaccuracies with timelines i.e. Gulliver’s Kingdom was written in 1726, not during the time the play was set which led to the illusion of the theatre to be washed away.

The overall effect of the production was a fun and mad mess; just like the best parties!

For your own event or venue to be featured contact Hazel: blog@londonguidedwalks.co.uk 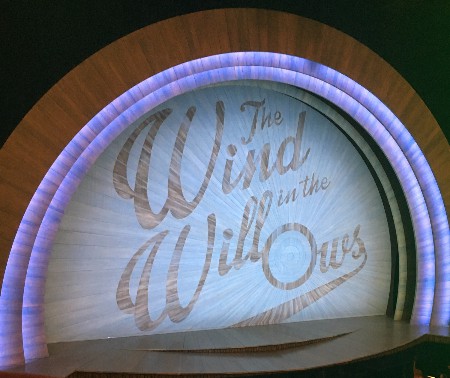