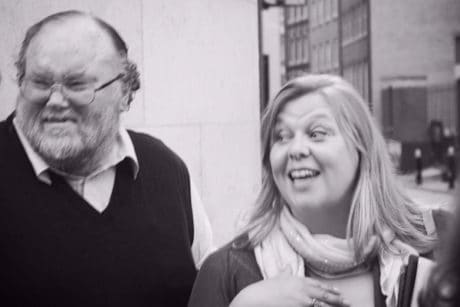 Women such as Anne Askew, Edith Cavell and Fanny Burney are all women who showed courage and took risks throughout history. Having covered Fanny Burney in my Evelina’s London walk for last year’s International Women’s Day so let’s back a bit further in time, to the Tudor period.

Anne Askew
Anne is an English poet and Protestant who was condemned as a heretic. She is one of the earliest female poets known to compose in the English language. She kept her maiden name after marrying and the first Englishwoman to demand a divorce.

In 1543 Henry VIII made it illegal for low rank men and all women to read the bible. In protest Anne travelled to her nearest city Lincoln and spent a week openly reading her bible in the Cathedral. This was a bit too much for her Catholic husband and by one way or another Anne left her marital home and joined her sister in London.

Anne became a famous preacher during her time in London, reading and quoting from the Bible to Protestant and Evangelical men and women of all classes. Eventually the authorities had had enough and they arrested Anne in 1545 for heresy. Fortunately for her, no witnesses came forward so the charges were dropped.

While in Newgate Prison Anne wrote protest songs and poems. She saw herself as a knight fighting injustice. She also described the King as cruel. But she also asked God’s forgiveness on behalf of the men ‘what will fall’ who persecuted her.

Like as the armed knight
Appointed to the field,
With this world will I fight
And Faith shall be my shield.

Faith is that weapon strong
Which will not fail at need.
My foes, therefore, among
Therewith will I proceed.

As it is had in strength
And force of Christes way
It will prevail at length
Though all the devils say nay.

Faith in the fathers old
Obtained rightwisness
Which make me very bold
To fear no world’s distress.

I now rejoice in heart
And Hope bid me do so
For Christ will take my part
And ease me of my woe.

Thou saist, lord, who so knock,
To them wilt thou attend.
Undo, therefore, the lock
And thy strong power send.

More enmyes now I have
Than hairs upon my head.
Let them not me deprave
But fight thou in my stead.

On thee my care I cast.
For all their cruel spight
I set not by their haste
For thou art my delight.

I am not she that list
My anchor to let fall
For every drizzling mist
My ship substancial.

Not oft use I to wright
In prose nor yet in rime,
Yet will I shew one sight
That I saw in my time.

I saw a rial throne
Where Justice should have sit
But in her stead was one
Of moody cruel wit.

Absorpt was rightwisness
As of the raging flood
Sathan in his excess
Suct up the guiltless blood.

Then thought I, Jesus lord,
When thou shalt judge us all
Hard is it to record
On these men what will fall.

Yet lord, I thee desire
For that they do to me
Let them not taste the hire
Of their iniquity.’

On 28 June 1546 Anne was charged with heresy at the Guildhall. The next day she was taken from Newgate prison to the Tower of London to await execution. Anne is also the only woman on record known to have been both tortured on the rack in the Tower of London and burnt at the stake. She should never have been racked as she was the daughter of a knight, had already confessed, and was already condemned to die. Anne wrote letters describing her torture in letters which were smuggled out of the prison, ‘And because I lay still and did not cry, my Lord Chancellor and master Rich took pains to rack me with their own hands till I was nigh dead.’

July 16, 1546, she was martyred in Smithfield, London. Unable to stand as a consequence of the torture she endured at the Tower of London, Anne had to be carried to the stake on a chair. She burned to death, along with three other Protestants, John Lassells, John Hemley (‘a priest’) and John Hadlam (‘a tailor’).

So, I am finishing off my blog post of International Women’s Day 2017 and I grab an old pad for a few more amends and I see on the page edges of my pad a name, marked in pencil. My name. This must have been a pad whilst I was studying for my GCSEs. To see my own teenage writing made me think about myself. Not only the dreams and aspirations I had as a 15 year old but also now. To think that at the same age, Anne’s family forced her to marry Thomas Kyme, a local Catholic landowner, after the death of her sister who was engaged to him. All I had to overcome at that age was my GCSEs.

Would someone describe me as willing to take risks, confident and courageous like Edith Cavell, Fanny Burney or Anne Askew? Or, more importantly, would I?

You can learn more about Anne Askew amongst others on my Murderers and Martyrs London walk.